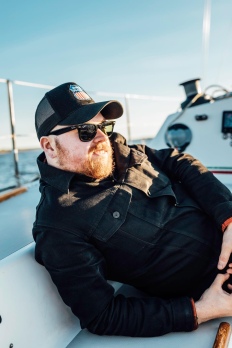 Looking back on it now it only makes sense that I would eventually find the hobby of model railroading.

After spending over a decade on the road with various punk, punk rock, rock and country artists I’d had my fill. Trying to find something else to fill the artistic void was difficult, until one day while taking a walk along the Confederation Trail I found a railway spike.

The railway on Prince Edward Island wasn’t something I knew much about at that point as it was abandoned by the time I was born; but finding that spike struck my interest and it wasn’t long before I was obsessed with finding out all I could about the Prince Edward Island Railway and, eventually, recreating the magic through modelling.

I don’t consider myself much of a writer but I hope to use this blog as a means to track my progress, keep notes and hold myself accountable to finishing the things I start.

Thanks for taking the time to read along as I set out to model the village of Vernon River, PE c.1958.

The Erratic and Wandering Journey

Musings on my Model Railroading Addiction

A mad model railroaders adventures in modelling Toronto's Liberty Village in the 1950's.